Since 2008, the event has raised more than $500,000 for the Haywood County Schools Foundation. Last year’s fundraiser alone brought in more than $65,000 in donations thanks to all Mardi Gras candidates, including the reigning Mardi Gras King Nathan Lowe and Queen Becca Swanger. Each year, dedicated community members volunteer to run as candidates for the Mardi Gras court in an effort to raise money for the students, schools, and employees of the 15 Haywood County Public Schools. The male and female candidates who raise the most money are crowned king and queen of the Mardi Gras Ball. All money raised from the competition and at the Mardi Gras Ball on February 24 is used for student scholarships, teacher recruitment and retention, and to fund grants for Haywood County teachers to purchase classroom supplies and attend training and workshops. Entegra Bank is the lead sponsor of the event. Entegra Bank is committed to meeting the financial needs of Haywood County. To purchase tickets, make a donation to a candidate’s fundraiser, or to make a donation to the Haywood County Schools Foundation, contact Haywood County Schools Foundation Executive Director Jenny Wood Valliere at jwood@haywood.k12.nc.us or 828.456.2400 ext 2117. You can also make donations online via PayPal at www.hcsf.haywood.k12.nc.us. Be sure to enter the name of the candidate you would like to support in the notes section. 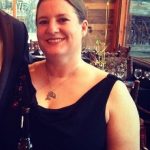 Stephanie Welch-Strickland: Queen candidate Stephanie Welch-Strickland is a native of Haywood County. She is currently the office manager for Sunburst Trout Farm and property manager for Welch Properties. She received her Bachelor’s in European History at WCU. Stephanie serves as treasurer for Hazelwood Elementary PTO, treasurer for the Waynesville Sunrise Rotary Club, and secretary for the WMS Booster Club. She sits on the board of directors for the Carolina Mountain Soccer Club, WCU Catamount Club, and the Town of Waynesville’s Board of Adjustment. She is also a member of the volunteer committee for the Haywood County Special Olympics and a team mom for her children’s many sports teams. Stephanie has been married to her husband Strick (a former King of Mardi Gras) for 20 years, and they have two kids. Scarlett is a 7th grader at WMS and Stonewall is a 4th grader at Hazelwood Elementary. She and her family enjoy volunteering with youth in the school system, travel sports leagues, and other community organizations. 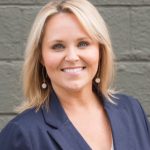 Carla Pressley: Queen candidate Carla Pressley grew up in Waynesville, but has lived in the Bethel community for the last 20 years. She is a Tuscola graduate and also attended HCC. Carla has enjoyed helping keep Haywood County beautiful by being a hair stylist for the last 20 years, and she currently works at Elements Salon. Carla also recently became a Realtor and is working at Keller Williams in Waynesville. Carla has 2 sons, Cayce and Carter. She also has 2 blue heelers, Ellie and Callie, and a goat named Nova. She was cheer coach for Bethel Youth Organization for 6 years and served on the board as well. 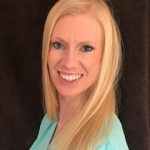 Ashley Zande: Queen candidate Ashley Zande was born and raised in Haywood County and attended Haywood County public schools. After that, she attended WCU where she studied pre-pharmacy. She completed her doctorate of pharmacy from South University School of Pharmacy in Georgia in 2009. After graduation, she began practicing at Waynesville Pharmacy on Hazelwood Avenue. She attributes her life accomplishments to the strong educational foundation she received from Haywood County public schools. In July 2015, she married Michael Zande, and they look forward to welcoming their first child in July who will be in the Haywood County Schools Class of 2039! Ashley is an active participant in the Rotary Club of Waynesville-Sunrise. She enjoys singing in the choir at First Baptist Church of Waynesville, staying active, ballroom dancing, and spending time with family and friends.

Travis Bramlett: King candidate Travis Bramlett is the owner of The Hot Tub Store in Waynesville. He graduated from WCU with a major in Business Management. He is very active in the community when it comes to charities and non profits. He donates hot tubs to fundraisers for Disabled Veterans, Sarge’s, and Richie’s Autism Alliance each year. He is also raffling off a hot tub for the Mardi Gras Ball. Travis knows how important it is to make education a top priority in today’s challenging times. Travis’ favorite pastime is spending as much time as possible at Fontana Lake. 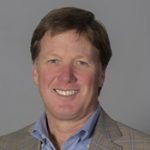 Lee Prevost: King candidate Lee Prevost is the co-founder of Dude Solutions, one of the fastest growing software companies in North Carolina. Dude Solutions, based in Cary, serves many school district and government organizations, including Haywood County Schools. He received his bachelors degree in Electrical Engineering from NC State University. Lee and his wife Scharme grew up in Western North Carolina (Waynesville and Hickory), and they enjoy skiing and boating with their two children who have recently left the nest. Lee enjoys fly fishing, hunting, and watching great musical artists perform.